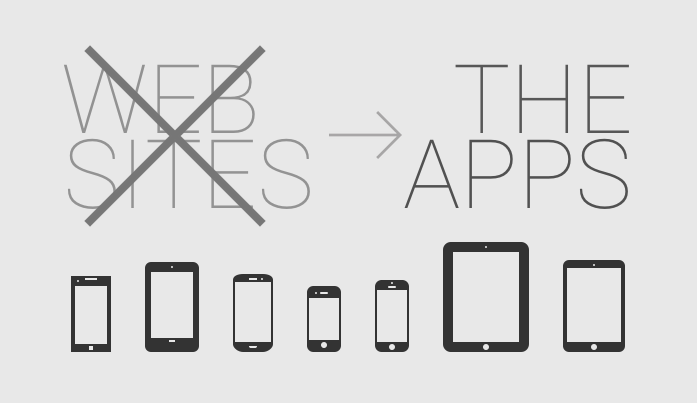 Here are some thoughts on future shift from old html web sites to new native application format, which we are experiencing at mobile segment right now.

Old approach to global web was simple – the bunch of static pages with links between them. It seemed at that ancient times that everything can be filled in that concept. But when site owners started to give users a lot of functionality that foundation began to shake. HTML was designed to write the books but users now want complex services. Nowadays we see dynamic pages everywhere with lots of AJAX, JQuery, etc. Single-page web interfaces is now wide spread common practice. In truth it is an effort to create the application inside the web page using outdated methods and instruments.

And here comes mobile age! Mobile devices exposed new problems of html web-format – complex pages are too heavy for mobile, interfaces are not fast enough, interaction is limited. Facebook tried to create their first mobile client as HTML5 – but later Zuckerberg said it was a mistake. So they switched to native applications for iOS and Android. And it happened not because HTML5 was not ready at that time, imho. I think it will never be ready as true cross-platform development solution for complex apps.

At mobile field we experience the switch from web-sites to native applications more clearly. What the consumer wants now is not just mobile version of site, but true mobile application (people don’t really surf on smartphones). 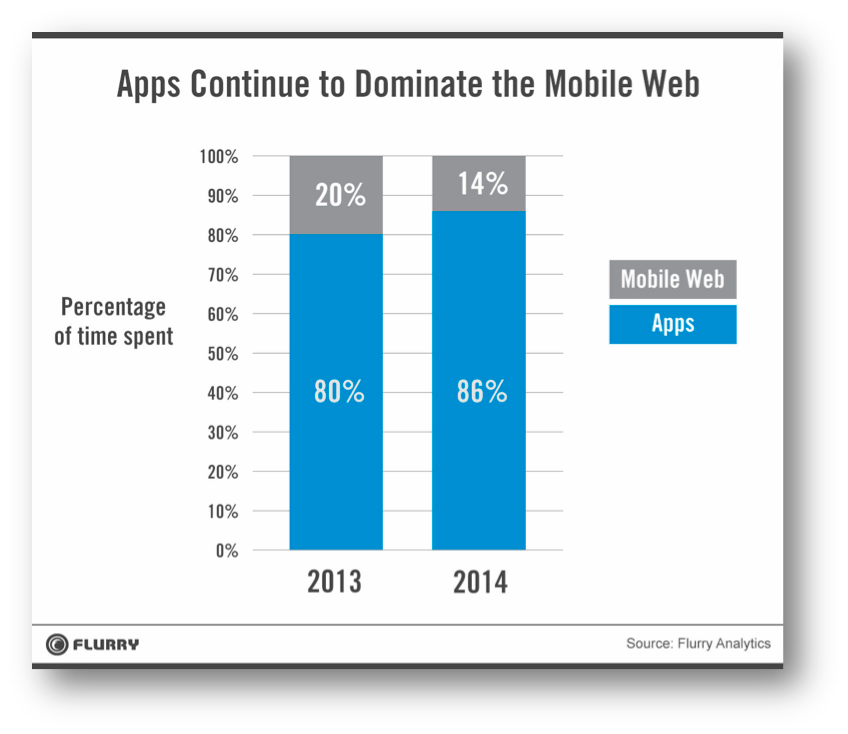 At desktop segment the switch is not so obvious but there are some movements here too. For example, i have Evernote as MacOs application, where i could use it as a site instead. And i imagine almost every serious site would benefit from conversion to native app form.

So what the problem? There are several main factors which postpone the shift:

The main problem is high development cost. There are no true cross-platfrom development solutions for the most platforms and you must code for every platform separately. And good desktop/mobile developers are not cheap. I work in that direction attempting to create some framework that has ability to create apps for mobile and desktop systems in one shot. I will write separately about it when at least one solid product will be available on market with support of wide range of systems. Im sure there is some work in that direction not only on my part.

The second missing link which separates now web-pages from the apps is the lack of content-based search inside the applications. Index robots now can’t scan mobile apps and you can’t see the results in Google search. But that will change soon! Google made first move in right direction and some parts of Android apps can be indexed by their search machine if app developer provided certain list of links inside the app. Here is more information about it – App Indexing. I did not test it yet – but it looks promising and i will definitely try it in action.

The last step is the instant installation of new apps. At the moment we used to see the apps as second step: we have the couples – the site and the mobile client app for that site. Common use case is that user is already aware of what he want to install and so he can endure some installation waiting. But if we consider the app as full replacement of site, the installation process should be reduced to almost nothing. I think its not so serious problem as a production cost. As bandwidth goes up installation time will be reduced and I’m sure platforms will come up with some fast installation solution. Application managers should handle it on modern mobile platforms like iOS, Android, etc. As for desktops – Apple has App Store and there were some Click-to-install tries from Microsoft for their .Net apps.

The last concern is the quality of apps. We have a lot of crappy sites all over the web and user don’t want to install such ‘crappy’ apps into the system. Or at least we want to have strong sandboxing and easy way to clean up the mess. Apple has complicated approval policy to prevent such bad quality apps from their market. Its good for clients in some way but its nightmare for devs. In any case this is some problem to solve on the way to new ‘app-sites’ world.

In any way you can expect to see more and more apps in near future. The apps which will take the place of web sites.